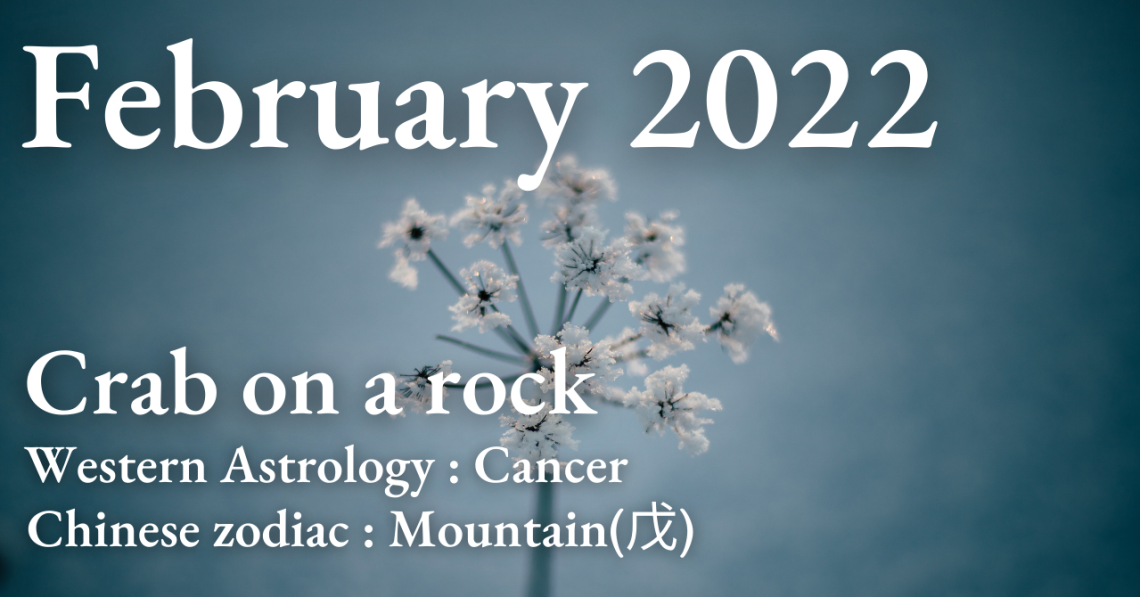 This is a February fortune for those who are a Cancer in Western astrology and Mountain (戊) in the Chinese zodiac.

In Western astrology, you are a Cancer, and in the Four Pillars of Destiny(Chinese zodiac), you are Mountain (戊). And in SOLARITA, which is a fusion of the two, you are a Crab on a rock. 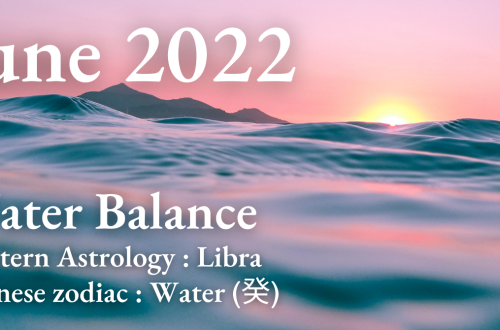 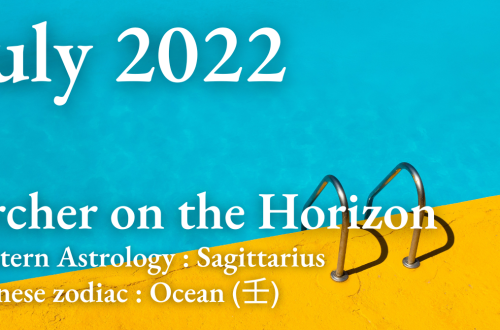 July Forecast : Archer on the Horizon 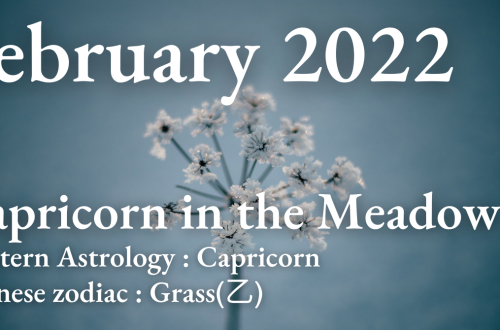 February Forecast : Capricorn in the Meadow